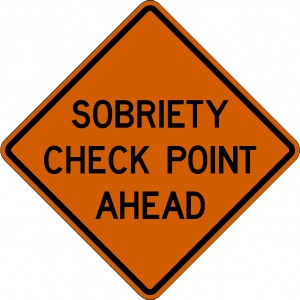 8 years ago today I woke up in my parent’s bedroom after another relapse.

The night before I took my new ADHD medication, Adderall, and it reminded me of the feeling I got when I used cocaine. So I took some more Adderall, called some friends and went and bought an 8-ball of cocaine.

My mind immediately returned to a state of paranoia as I crept around the house peering out the windows looking for cops. This is how I spent countless nights before I was set free from addiction. I would usually drink a fifth of Malibu Rum and about 6-10 Coronas, snort/smoke about $400 worth of cocaine, smoke a pack of Camels all while looking out windows and peepholes in fear that cops were watching me and about to break in.

It was not what you call fun. I didn’t use or drink to “have a good time” like many do. I used because I didn’t feel normal sober. I used because drugs were my master. I worshiped them, sang songs to them and desired to be with them 24/7.

I hadn’t used cocaine — my drug of choice — since the prior September (although I relapsed on alcohol and marijuana 2 months prior). So when I used again I heard voices in my head tell me, “See, God gave you 2nd and 3rd chances and you screwed it up. You’re going to die because God is going to teach others a lesson about what happens when you screw up.”

It was a horrible night. Even as a drug addict I had “principles” that I honored. And that night I violated those principles. Here’s what happened…

I ran out of cocaine in the early morning hours so I wanted to buy more.  But the problem was nobody would take me to the ATM to get money. So my “Plan B” was to rob the drug dealers who sold me the cocaine (never a good idea and against my principles!). Luckily, the people who I was with didn’t go along with my plan.

When I used I was notorious for going as far as I could without killing myself. It was not uncommon for my nose to bleed uncontrollably for hours on end (at which time I would switch to smoking cocaine instead of snorting it) while my hear felt like it was going to jump out of my chest.

I was upset that night because nobody would help me get more drugs. I was up all night. And in the morning the girls we were with said they were going to Fred Meyer on Mill Plain. So I told her I wanted to come with her “just to get something to eat” (really, I wanted to go to the ATM and get more money and continue using!).

But when we got to the Fred Meyer parking lot I looked out my window and saw my Dad’s big green truck parked next to us.

I had my cell phone and wallet in my pocket. So I knew I could run and find a way to get more drugs later. But as I looked out at the street and thought about running I suddenly felt an overwhelming sense of tiredness.

It was like years of using, hiding and running all caught up with me in a single moment and hit me like a brick wall. I just didn’t have the strength to run.

So I reluctantly got in my Dad’s truck and he drove me to their house. He was pissed and so was I.

I knew he carried a pistol in the center console of the truck and the thought of ending it all passed through my mind. I didn’t dwell on it too long… because even that felt like too much work. I was just so tired.

The next morning I woke up in my parent’s bedroom and felt horrible. Ok, I didn’t feel horrible, I shouldn’t lie to you… I felt like shit!

It was like I didn’t even have enough emotional strength to feel remorse even though I knew I should. It’s hard to describe feelings like this unless you’ve experienced them but I’ll just say this… I’ve never felt so low in my life. I felt like I was at the bottom looking down.

So I walked into the upstairs bathroom and locked the door.

I got down on my knees on the linoleum floor and said a simple, but honest, prayer:

I know, not the most faith -filled prayer, right?. It wasn’t “Dear Lord Jesus I am a sinner,” or, “Father, I come to you in the Name of Jesus.” No it was an honest, “Hey, Jesus, if you’re really real, then save me.”

But you know what? From the time I said that prayer until today has been exactly 8 years and I have not used or drank once!

I didn’t get struck by lightning (which I’ve never really understood that saying… who really thinks God goes around striking people with lightning anyway?) and I didn’t hear a chorus of angels. I mean I didn’t even get to see a bright light (our bathroom light bulbs were probably only 65 watts!).

But something happened on the inside.

The cravings that had so much power over me were gone! My life was not “fixed” and my thought life was pretty much the same as it was before. But a seed of hope was planted in that moment and it grew fast.

I realized I didn’t do this. It was something called God’s grace. I know because I tried so hard to get sober on my own.

You see about 9 months prior I went through one of the best inpatient treatment centers in the nation (cost was $27,000 for 28 days of treatment), followed by outpatient treatment. Then I started seeing a psychiatrist to treat my mental disorders. Plus, I was going to 12-step meetings almost every day. I was trying hard to stay sober.

And while those things helped me to manage and treat my addiction they did not offer “freedom” from it.

Freedom came through the blood of Jesus. It was His grace alone that ultimately set me free.

And as I reflect on the last 8 years of my life today I’m overwhelmed with gratitude. Not only am I clean and sober but I’m also in my right mind. God healed me from depression and a bi-polar disorder so I don’t have to take meds any more.

I got to marry my best friend, Lacie Joy, three years ago and we now have a 2 month old baby girl named Emma Grace who I absolutely adore. Neither my wife or daughter have seen me high and I’m so thankful for that! The person who I was is dead and I’m a new creation in Christ! They get to know the real me, not some counterfeit.

And last year I left my job of 4 1/2 years as an insurance agent to start my own business, Monen, Inc. I now get to work full-time as a freelance copywriter and do work I enjoy while working from home.

But most of all I’m getting to know this person I cried out to on the bathroom floor eight years ago: Jesus.

I’ve experienced His love and His presence which have rocked my world more than any drug ever could. I’ve been filled with the Holy Spirit which has given me power to live this new life. And He has given me a hunger for His Word which has allowed me to know Him more and has helped renew my mind.

I’ve seen miracles happen right before my eyes… gold appear out of nowhere and cover the floor in a meeting, people healed (one lady I prayed for got healed of cancer and I saw her a year after that and she let me know the cancer was still all gone!). I’ve got to travel to India for ministry where I learned that “knowledge puffs up but love edifies.” I’ve seen inmates delivered from addiction at my local prison where I preach.

So when people try to tell me that God doesn’t perform miracles anymore I tell them it’s too late, I’ve seen too many of them already!

I’m not saying life is perfect. I have bad days like anyone else. I get annoyed at people I disagree with and I don’t like slow drivers (especially in the left lane!).

But every day I wake up is a gift from God and I am blessed beyond my wildest dreams. When I hold my little girl in my arms and see her smile and coo at me, my heart just melts and I feel like the richest guy in the world! I think, there is nowhere else in the world I’d rather be then right here holding you. I got to snuggle my wife and daughter before going to bed last night and my wife said, “Doesn’t this just feel like the way it’s supposed to be?” I thought about it and said, “Yeah… it does.”

God’s grace is so real and so good! I love Him.