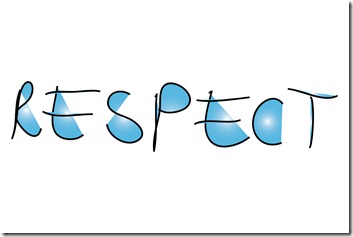 I like to be right. So do you. I mean who really enjoys being wrong? In a world with so many of us believing we are right we are bound to have disagreements (this is especially true for people of faith). Imagine how many church splits could be avoided by simply learning how to respectfully disagree. And on a more personal level, how would learning how to respectfully disagree change your life? What if the next time you found yourself disagreeing with someone you were able to stick to your guns but also make the other person feel respected at the same time?

In this article I will highlight three ways you can practice respectfully disagreeing with people.

But before we do that I want to talk about why this social skill is important. If we don’t understand conflict and how to resolve it then we are a liability in our circle of influence instead of an asset. What I mean by this is that you can either be a peacemaker or someone who is constantly being offended and hurt by others. And I know it’s a cliché but it’s true – hurt people hurt people.

If you want to be an asset to your spouse, family, friends, church and co-workers then I suggest practicing these three things:

We know the Bible says to honor all people (1Peter 2:17) but how do we actually do this? Just like love, it’s easier to honor those who honor us. But God has called us to love and honor those who don’t deserve it. If you honor people it’s because you are an honorable person, not because people deserve it.

If we disrespect and make fun of people we disagree with then we are not being honorable. I don’t know about you but sarcasm seems to be my choice weapon when I get in a heated  argument. I can do it in a funny way so I don’t think it’s that bad but I’ve realized it can be really hurtful and disrespectful so I’m trying to cut down my level of sarcasm (what? you don’t expect me to just go cold turkey do you?).

2. Listen with the intent to listen

Are you a good listener? I thought I was until I was tested.

A few years ago I was at an event where we went through a listening exercise with a trained counselor. We split into groups of three and took turns telling a short story. One person was the storyteller, one was the listener and the third would observe.

After my partner finished telling his story I had to tell him what I just heard. I thought I did a good job but found out by both the storyteller and the observer that I missed very important parts to the story and also misunderstood some things too. Everyone took turns storytelling and listening and we learned that we all had room to improve in our ability to listen.

It was in this context that I learned the importance of listening with the intent to listen. This means you listen with the sole purpose of listening instead of just waiting for your turn to talk. It sounds simple but it’s very effective.

Part of disagreeing is being able to clearly state what you believe to be true. You do not have to give a 20 minute persuasive speech about why you are right but you do need to be clear. I’ve noticed that people tend to be vague when they fear conflict. Instead of saying, “I understand what you’re saying and this is what I believe…” many people retreat to ambiguous talk.

Remember it’s OK to disagree. Conflict is not a bad thing, it’s just how you go about resolving it.

P.S.-  I was able to write this whole post without writing, “let’s just agree to disagree,” which is a phrase I loathe. Maybe because I feel like it’s a copout and I’d rather argue until we find out who’s right (which hopefully is me).  And I feel like respectfully disagreeing is a more logical thing to do anyways. Well I just thought I’d leave you with that random piece of information about myself.

So what are your thoughts about disagreements? How do you handle them?