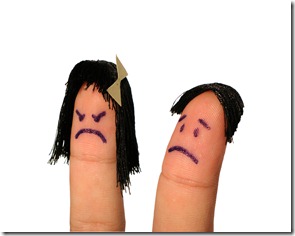 It was a tough day. I woke up at 5:30 in the morning (after going to sleep at 1 A.M.) and packed my bags before I left for the office. I was running late so didn’t have time to stop for my usual cup of coffee (which would have probably helped with my nodding off in traffic). After spending an hour in traffic I arrived at the office to find six voicemails, twenty unread emails, and a stack of unopened mail.

I stumbled down to the break room and made the strongest cup of coffee I knew how. Four cups of coffee and nine hours later I was ready to leave the office and get some rest. I would have preferred to curl up in my backseat and sleep but the seven hour drive to the conference meant that I had to suck it up and drive. I fantasized about pulling over and sleeping but couldn’t bring myself to do it so I just glance down at the speedometer and yawned.

OK, stop reading for a second. In the past minute did you just yawn? If my account of tiredness made you yawn then you probably have a natural inclination for something called empathy.

NOTE: I got this idea from Daniel Pink in his book A Whole New Mind. He also tells a similar story about being tired to see if the reader yawns.

So did you yawn? I didn’t. But I will also admit that empathy is not my strong suit. My wife on the other hand is very empathetic. Without telling her this was a test I read Daniel Pink’s tired story to her and after only a few seconds of hearing it she yawned. I just smiled and finished the story and then congratulated her on her secret empathy award.

This whole thing got me thinking about empathy and how I could stand to be a little more empathetic. To be honest I’m not that interested in empathy. There are lots of other things I would prefer to learn and write about but empathy is not one of them – until now.

Maybe it’s just a guy thing but here’s the way I see it. If there is a problem then I should help find the solution. It’s simple – if it’s broken, fix it. But empathy appeals to a different side of us. It’s the “I feel your pain” part or the “I know what you’re going through” feeling. It’s not the “I have the answer right here” part that we problem solvers prefer.

As a Christian it is easy for me to defend truth and to stand for what is right. But to mourn with those who mourn and weep with those who weep does not come natural to me. This is something I would like to have more of in my life.

What about you? Did you yawn? How can we be people who weep with those who weep?