Is it OK for Christians to be Patriotic? 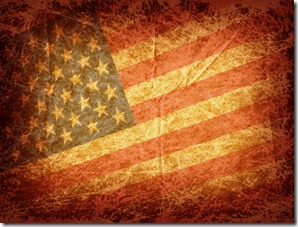 It’s Independence Day here in America. The day we celebrate our country’s freedom from a tyrannical government. I don’t know about you but I’m thankful that I’m a citizen of this great country. I’m not ashamed nor do I apologize for it. And I don’t think I’m better than anyone because of it (I wasn’t born here as a result of anything I did).

Whenever we talk about Christianity and America we are bound to have some opposing viewpoints.

For example, some believe that the Founding Fathers made a covenant with God and God still remembers His covenant even when we don’t. That’s why it’s so difficult for ungodly people to take over this country.

And then there’s the side that believes God had nothing to do with the Revolution and it was simply a man made rebellion. They are quick to bring up the fact that the Bible tells us to submit to our rulers, not fight  a war against them.

We could go on and on with opposing viewpoints…is America a Christian nation or not?… Should Christians get involved in politics or not?…Is it God, man or a combination of both who appoint our leaders (which include our President)?

But I just want to ask one simple question. Do you think it’s OK for Christians to be patriotic? You know, someone who loves Jesus and who loves this country?

Did You Know God Loves the WHOLE World?…I do now, thanks.

I get the feeling from some believers that it’s wrong to love this place I call home. And they usually remind me that God loves the whole world not just the U.S. (thanks for clearing that one up for me guys).

Anyways, I think you can tell where I stand on the issue. I think it’s OK to be a disciple of Christ and love this country. Of course our allegiance is first and foremost to King Jesus and His kingdom before any worldly government. But I do not see any conflict with being a patriotic American and a faithful Christian.

So that’s what I think…anyone else care to chime in here? I’ll do my best to be nice even if you disagree with me.

And I know, we should really define what the words patriotic and Christian mean but I have a BBQ to go to. So if you want to do me a favor and define those words in the comments we can have a nice little discussion.

If you get bored watching fireworks you may want to read:

The Gospel’s Influence on the American Republic by Jonathan Parnell

Freedom and Deliverance by The Resurgence

John Adams: Was He Really an Enemy of Christians? Addressing Modern Academic Shallowness by David Barton